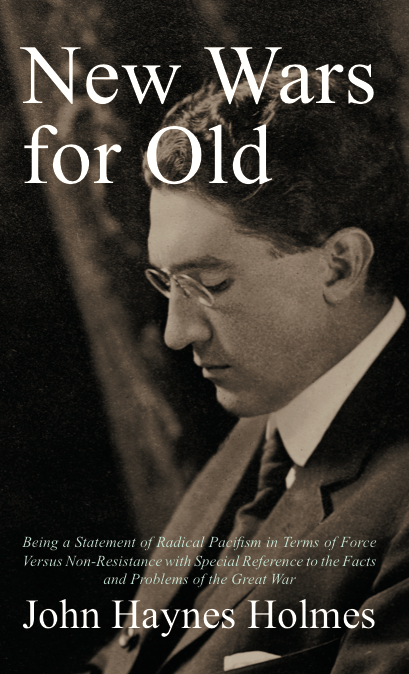 John Haynes Holmes was born on November 29, 1879 in Philadelphia, although he spent much of his youth in the Boston area. He grew up within the Unitarian church, and was extremely close to his grandfather, John Haynes. While he initially planned to enter business, as his grandfather did, he ended up graduating from Harvard Divinity School in 1904. He married the same time he graduated from school, and he and his wife, Madeleine Baker, relocated to Dorchester, Massachusetts, for Holmes to take up a position at a church. However he and Madeleine were deeply interested in hymns, and the connection helped Holmes find a new role at the Church of the Messiah in New York City. There Holmes combined his love of religion with a genuine desire to improve society. He delivered and published sermons such as “Christianity and Socialism”, where he found that Socialism was “the religion of Jesus, and of all the great prophets of God who have lived and died for men.”

Holmes went on to help found several powerful organizations seeking justice. In 1908, the Unitarian Fellowship for Social Justice was founded by Holmes and twenty other people. Holmes also helped found the National Association for the Advancement of Colored People (NAACP), the American Civil Liberties Union (ACLU), and the American branch of the Fellowship of Reconciliation and the War Resistance League.Although some people had rebuked Holmes during World War I when he preached pacifism, he was still very popular and drew people to wherever he preached. His goal was to create a uniquely multicultural and religiously diverse congregation, which he successfully did through The Community Church of New York. Holmes has had a profoundly positive impact, not just on the Unitarian Church, but the fabric of the United States.