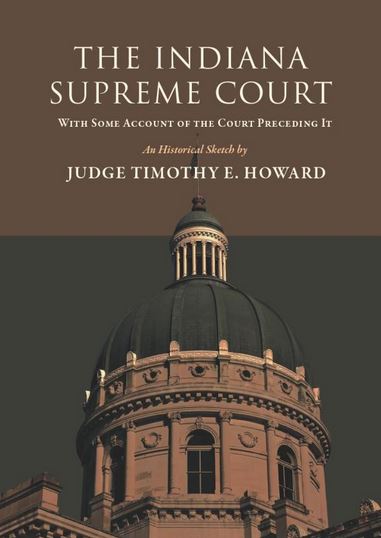 Timothy Edward Howard was born on January 27, 1837 in Northfield, Michigan. He went on to attend Notre Dame, but he put his undergraduate degree on hold to serve in the Civil War for the Union. After only a month in service, he was terribly wounded at the Battle of Shiloh. He recovered, and was able to finish his studies. He became a professor of many subjects, but then went on to become the state senator of Indiana from 1886-1892. Afterwards, he served as the chief justice on the Supreme Court of Indiana, stepping down from his second term as the senator. He maintained his love of history, serving as the president of the Northern Indiana Historical Society. He wrote a great deal on several topics, including US history, law, and poetry as well. He passed away on July 9, 1916 in South Bend, Indiana.

This new edition is dedicated to Christopher L. Hodapp, able writer and historian, always conscious of the specialness of Indiana and its past.