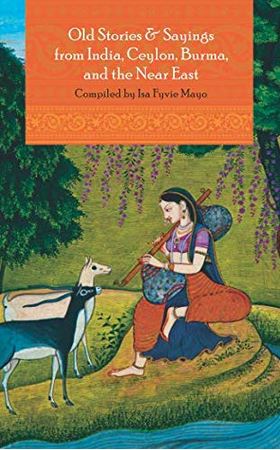 Isabella Fyvie Mayo was an incredible woman. Born in 1843 in London, she enjoyed the benefits of schooling and encouragement of her writing. She worked tirelessly to help her family, but for many years she was uncompensated for her writing. Finally, once she was published it was to great acclaim with Occupations of a Retired Life (1868). She wrote numerous books including, Not by Bread Alone (1890) and Other People’s Stairs (1898). Additionally, she wrote for many popular magazines such as the Sunday Magazine, Girls’ Own Paper, and Pa Mall Gazette.Although she often wrote under the pen name, Edward Garrett, she did much to advance women’s issues as an ardent suffragist. She even became the first woman elected to a public office in Aberdeen. She considered herself an ethical anarchist and active antiracist, especially working to provide a safe haven to those from South Asia.

Old Stories & Sayings from India, Ceylon, Burma, and the Near East is a reprinted work and has been manually cleaned of blemishes.