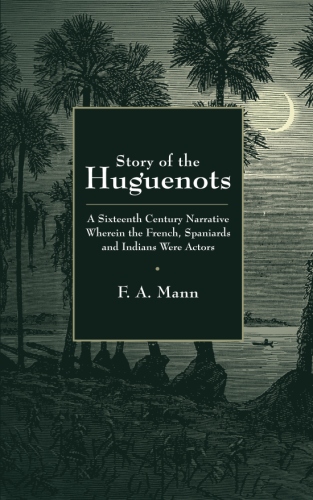 The Huguenots are French Protestants, a product of turmoil during the early sixteenth century. The Huguenot community oscillated between celebration and persecution in France. On August 24, 1572, while celebrating Saint Bartholomew’s Day, thousands of Huguenots were massacred. After decades of fighting occurred, an edict of peace was issued, which largely remained in place until October 18, 1685 when Louis XIV revoked the Edict of Nantes. Many Huguenots fled France,  then, or before, to escape persecution. Some came to the United States, with the majority deciding to reside in Massachusetts, New York, Pennsylvania, Virginia, and South Carolina. Others settled in England, Sweden, Denmark, and Switzerland. This work offers an interesting account of the Huguenots in Florida and their interactions with the local populace.

This edition is dedicated to Sam Hier, who knows about communities in strife.