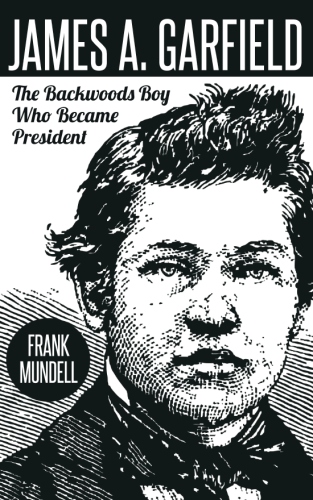 James A. Garfield (1831-1881) was the 20th President of the United States. His term was cut short when he was assassinated in 1881, the same year he took office. Many biographies highlight the difficult circ

umstances Garfield overcame to become the President. He was born in Ohio on a farm and grew up helping his widowed mother. He worked many jobs to support his family, and was able to attend Williams College, graduating in 1856. He became a member of the Ohio State Senate, running as a Republican. During the Civil War he served as a major general. He then enjoyed a successful Congressional career in Washington. He rose through the ranks to become the Republican Presidential nominee during the 1880 presidential election. It was close, with Garfield beating his Democratic opponent, Winfield Scott Hancock, with a narrow margin. During his brief term, he worked to end corruption in the Post Office, and pushed civil service reform in many ways, namely the Pendleton Civil Service Reform Act, which eventually passed through by his successor, President Chester A. Arthur.

Westphalia Press occupies the mansion in Washington of Harry Garfield, longtime president of Williams, and repository of much Garfield memorabilia.