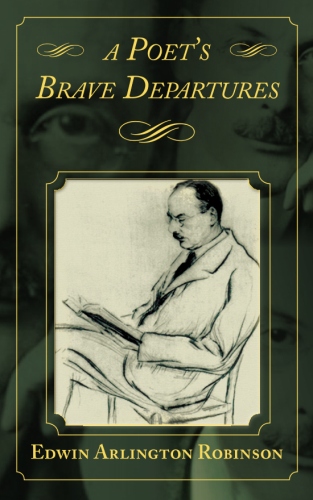 Edwin Arlington Robinson (1869-1935) was born in Maine to a family that wished he was a daughter. Several months after his birth, fellow vacationers named him by drawing his name out of a hat, since

his family had failed to give him one. Edwin Arlington was the name selected, though his family nicknamed him “Win,” a name he despised. Many scholars of his work trace the darkness in his writing to his unhappy childhood, which included his pain when his brother, Herman, married the love of his life, Emma Loehen Shepherd. Herman ultimately died penniless of tuberculosis, while Edwin went on to study at Harvard, earn a cushy job at the New York Customs Office after President Theodore Roosevelt took a liking to his poems, and win the Pulitzer Prize three times. He has a permanent place in the canon of American literature.

This edition is dedicated to Guillermo Izabel, for those long flights.