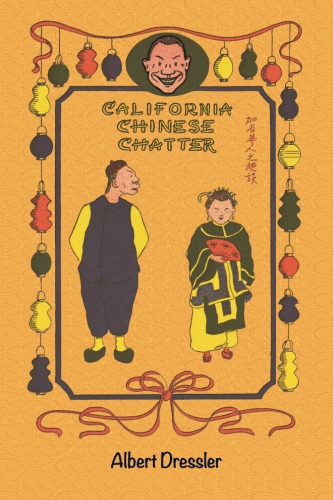 by Albert DresslerCalifornia Chinese Chatter contains telegrams sent in 1874 between Chinese citizens living in Downieville, California, and a court transcript of the murder trial of Ah Jake. It offers a unique view of the difficulties that Chinese immigrants had in the United S

tates, particularly in the midst of so much racism that eventually led to the Chinese Exclusion Act of 1882. The California Gold Rush caused a spike in Chinese immigration, which was continued by the development of the first transcontinental railroad.

The California Gold Rush really was a bonanza. Between 1849 and 1855 the miners gathered more than $400 million dollars; once adjusted, it is a sum today reaching into the trillions. It was a social phenomenon marked by the carnivalesque. In his work Roughing It (1872) Mark Twain’s protagonist remarks as his brother heads West, “Pretty soon he would be hundreds and hundreds of miles away on the great plains and deserts, and among the mountains of the Far West, and would see buffaloes and Indians, and prairie dogs, an antelopes, and have all kinds of adventures, and may be get hanged or scalped, and have ever such a fine time, and write home and tell us all about it, and be a hero…And by and by he would become very rich, and return home by sea, and be able to talk as calmly about San Francisco and ocean, and ‘the isthmus’ as if it was nothing of any consequence to have seen those marvels face to face.”

Go they did to the Land of Golden Dreams, in the largest internal migration in American history, and the adventures and tragedies have created a large and memorable literature.