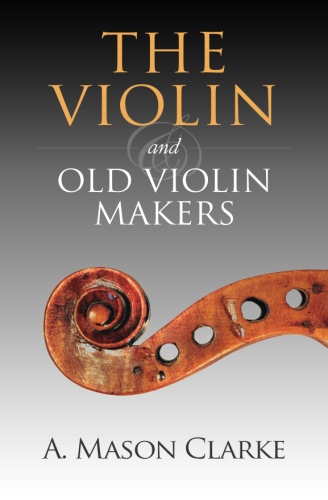 by A. Mason Clarke

There is no question about the fascinating tales that come with celebrated violins, as in this volume, and the enormous prices. In 2011, a 1721 Stradivari was sold for nearly ten million pounds. Yet the storied value of old violins has been challenged by the view that it is great violinists rather than violins that give us superior notes.

Jascha Heifetz, an esteemed violinist, was accosted by a critic after a performance and praised for the tone his violin had. In response, Heifez held the violin up to his ear and remarked, “I don’t hear anything.”

There will always be those who remain convinced that old violins were varnished with a secret formula or that the wood was subject to a now lost process. Others will say that the millions bid for an old violin are for a sound no better than that of a good modern instrument. Is this a case of beauty being in the eye of the beholder?