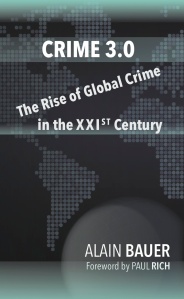 with a forward by Paul Rich

Alain Bauer argues that we need, with considerable immediacy, to press the formal study of crime in the academy, and that more resources need to be channeled towards that purpose. The approach in universities, if they do deign to study the subject, is often relegated to adjuncts and regarded by the more established departments with disdain. Given the prejudices of conventional scholars towards the subject, it is no wonder that the response to crime has been inept, and grows increasingly inadequate, considering the highly adaptive nature of crime and its implications in a globalized world in the XXIst Century.

Alain Bauer is Professor of Criminology at the French National Conservatory for Arts and Crafts (Paris), and Senior Research Fellow at the John Jay College of Criminal Justice (New York) and the University of Law and Political Science of China (Beijing).