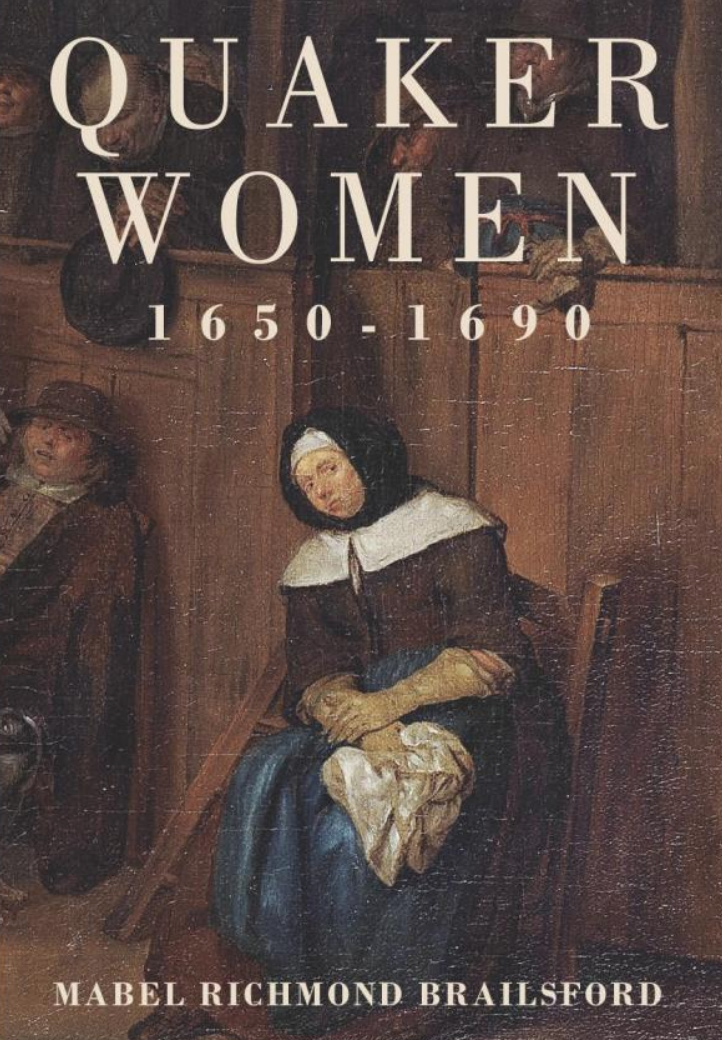 Mabel Richmond Brailsford was not a Friend, but this work is considered to be truthful, extremely well researched, and also sympathetic. Brailsford did extensive research at the Library at Devonshire House in order to complete the portraits of numerous Quaker women, such as Margaret Fell, Barbara Blaugdone, Elizabeth Hooton, Elizabeth Fletcher, Jane Stuart, and Mary Fisher. The biographies paint a picture of the power that women held within the Quaker community, as opposed to other religious denominations at the time. It also offers a lot of information on the individual travels, writings, experiences, and also systemic failures that each of these women faced. Some have argued this is as much an adventure story as it is a set of biographies. She gives an excellent early history of both Quakers and England between 1650-1690.

Brailsford wrote a great deal, including other works on Quakers, such as The Making of William Penn (1930). She often focused on religions and figures within those movements, such as Susanna Wesley, the mother of Methodism, A Quaker from Cromwell’s army: James Nayler, and A Tale of Two Brothers: John and Charles Wesley. 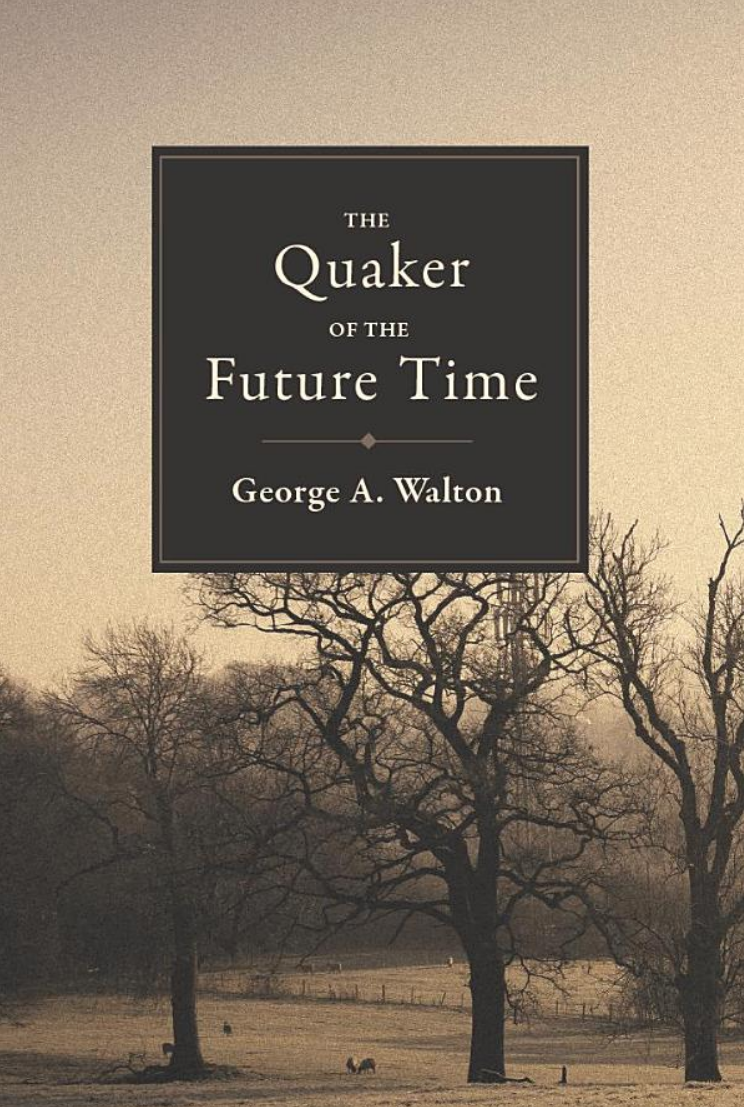 by George A. Walton

The William Penn Lectures were put together by the Young Friends Movement of Philadelphia Yearly Meeting. George A. Walton was a member of the organization, and gave this lecture. In it, among other principles, he discusses the impact labor has on the current world. He advocates for living faith in one’s work, and to ensure that it has meaning and value to both the material and the spiritual realms. Walton gave this speech in 1916 and was responding to many changes in society at the time, although his work still resonates today. George A. Walton was born in 1883. He went on to become the headmaster of the George School in 1912, a Quaker boarding school, where he served until 1948. In 1969, Walton passed away. His papers are held by Friends Historical Library of Swarthmore College. 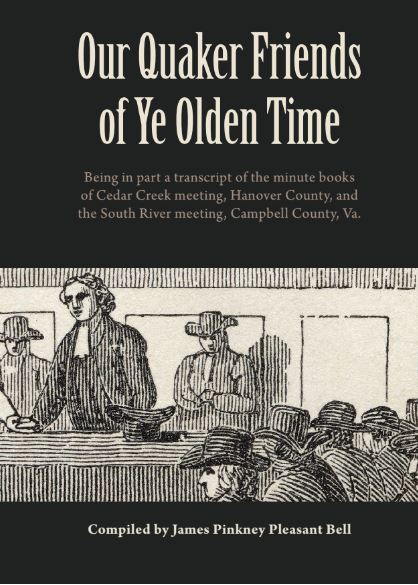 Publisher James Bell was moved to print these various meeting notes and announcements since his mother’s family were members of the Society of Friends. As Bell states,

“…sometimes in my early childhood I attended their meetings for worship, held in the old Meetinghouse at Golansville, in Caroline County, Va., and still retaining a love for tliese good people, I have for some time past contemplated publishing a book giving an account of their religious belief, and manner of conducting their meetings.Through a member of the Society of Friends, in Richmond, Va., I have obtained extracts from some of their old Minute books, which I hope will be of interest to my readers; I also make extracts from The Southern Friend (a religious journal published in Richmond during the Civil War)…The Friends not only liberated their own slaves, but also used every effort for the abolition of slavery. They did not allow their members to hire a slave, or take the position of overseer of slaves. The Quakers in North Carolina and Virginia were at one time a large body, but the bitter feeling against them, because of their anti-slavery views caused them to seek homes in the free States, and soon many of the meetings were so depleted that they had to be “laid down.” Doubtless many of my readers in the Western States will say, as they read these pages, “Yes, my ancestors came from Virginia.”

Bell’s collection of information sheds light on religious history in the United States, the impact of the Civil War, and how various Christian denominations used their beliefs to fight against or support the inhumane practice of slavery. 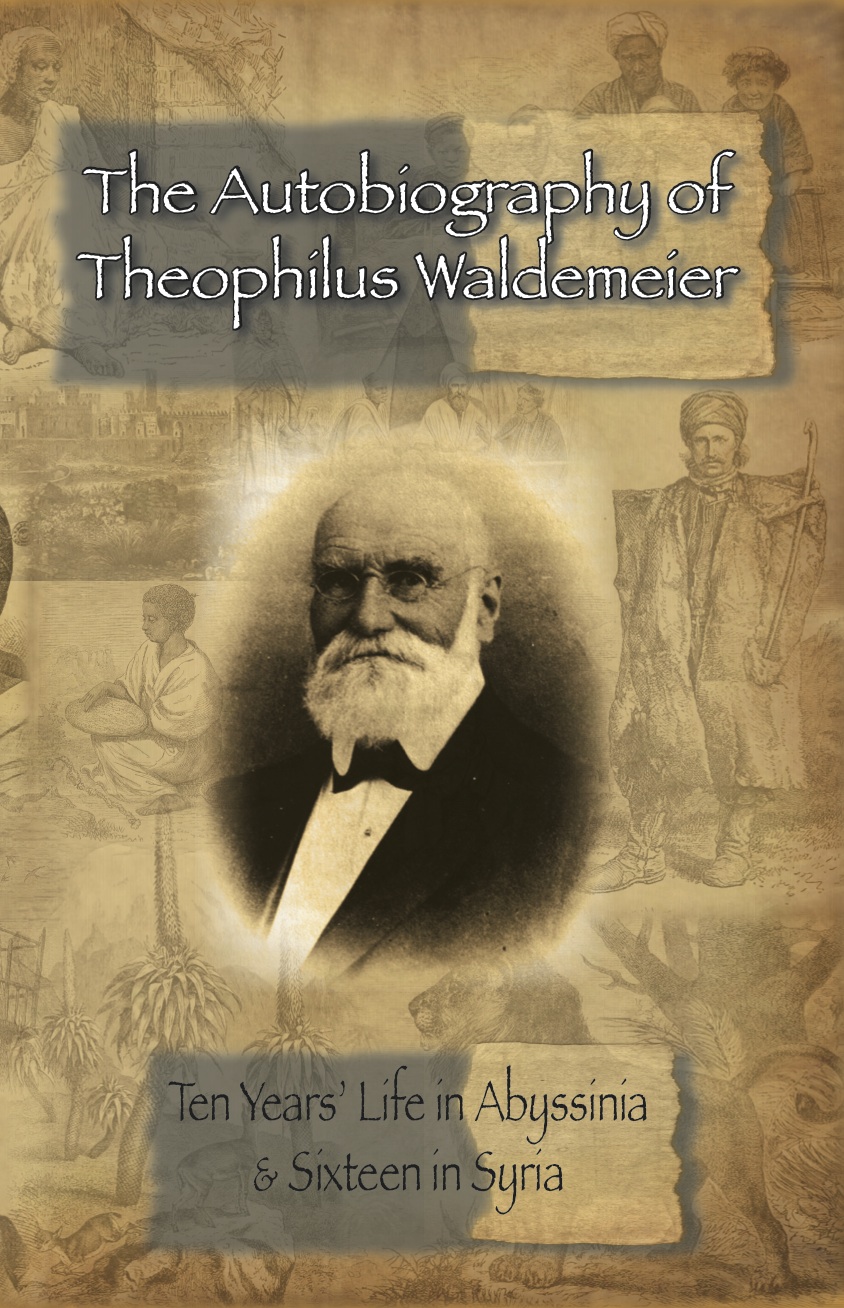 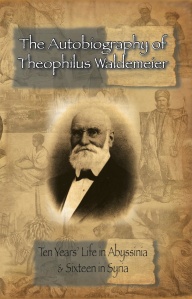 Theophilus Waldmeier (1832-1915) was a Swiss Quaker who first attracted international attention when he was imprisoned by King Theodore of Ethiopia and rescued by British forces at the battle of Magdala in 1859. He went to Beirut and founded the Brumana School, his lasting achievement, and which became one of the most famous schools in the Middle East. Brumana has provided the education of presidents, prime ministers, and royal princes. It is still a Quaker school, a center for Quaker activity in the region, and welcoming students of all manner of backgrounds. He also helped establish the Lebanon Hospital for Mental and Nervous Disorders, the major psychiatric training facility in the Middle East for many years but which closed in 1982 in consequence of the Lebanese civil wars.