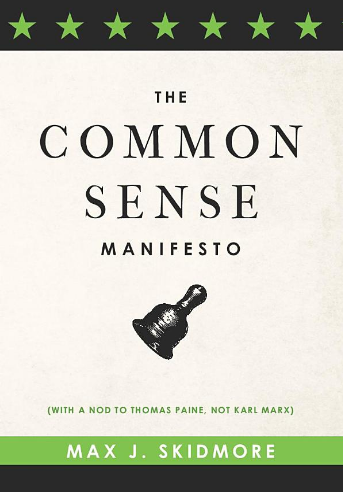 political situation in America, and how it came to be. It chronicles the disturbing deterioration of the Republican Party into an extreme and corrupt mechanism ready to receive and incorporate a destructive force that it welcomed wholeheartedly when it appeared in the bombastic, and completely self-centered, form of Donald Trump. Calling for a “blue tsunami,” the Manifesto outlines the way forward, out of the insanity. It notes political realities and thus accepts the need to work within the two-party system. It argues for a rational and comprehensive “Modern Political Economy” that recognizes environmental imperatives, corrects severe income and political inequality, expands Social Security, implements universal health care, protects the rights and dignity of all the people, improves America’s sagging infrastructure and transportation up to world-class and responsible standards, and ensures full participation in the national bounty in ways that protect the world and all its current and future inhabitants.