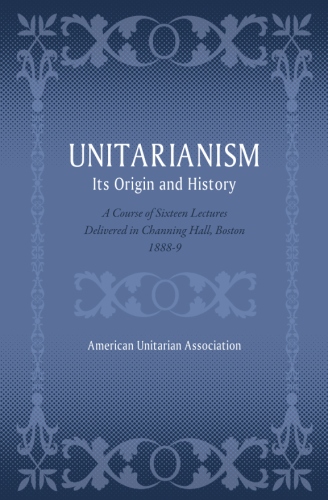 Unitarianism is a theological movement which at its start proclaimed that God is a singular entity, rather than a trinity. It rejects other tenants common in Christianity, such as the concept of original sin and the Bible as infallible. The belief emerged during the 1600s and spread quickly through Europe and the United States, particularly among the educated and wealthy classes. One of the earliest places it arrived in the United States was in New England. These lectures are some of the early writings in Unitarian history in the United States and give a deeper understanding of the faith, especially as it grew within the developing nation.