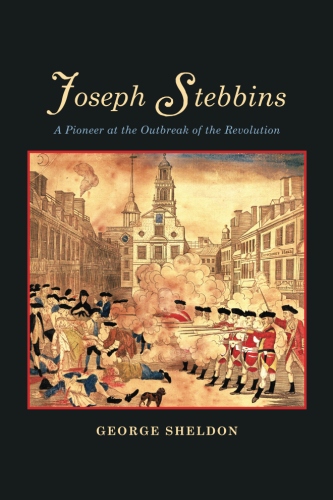 This is an account of one person’s dilemmas during the American Revolution and its aftermath. Joseph Stebbins was born in 1749. He was thrust into the conflict as captain of a militia company of soldiers from Deerfield, Massachusetts. Many colonists experienced mixed emotions about the war, its need and likelihood of success. This work shows Stebbins as a powerful figure galvanizing support for the Revolutionary War in his community.

After the conclusion of the war, colonists faced another difficult task: contrary opinions about the course of the new nation. Conflicting ideals led to Shays Rebellion as Daniel Shays was joined by thousands of fellow citizens in Western Massachusetts in a fight against excessive taxation. Stebbins opposed Shays Rebellion, and for his support, the Massachusetts government rewarded him by promotion to the rank of Lieutenant Colonel in 1786. The following year, he became a full colonel. Confirmed in his views by the course of history, he died in 1816.