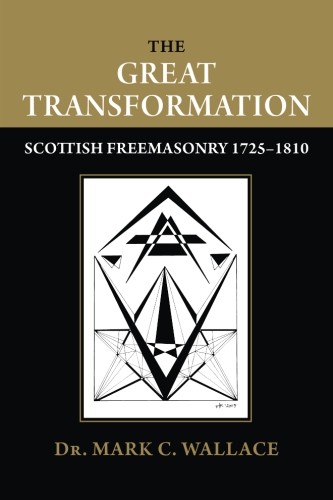 Modern Freemasonry emerged in Britain after 1700 as a prominent fixture in both British communal and social life. It combined earlier stonemason customs and methods of organization with the popular passion for clubs and societies. Some mocked Masonic lodges and their rituals, but they were an accepted feature on the social scene, given that they avoided political and religious discussion and swore loyalty to the existing regime. The French Revolution, however, caused a severe backlash against the masons in Britain and Europe. Despite its commitment to the establishment, Freemasonry came under suspicion. By the 1790s, lodges were viewed as convenient vehicles for radical groups to pursue covert revolutionary activities. As a result, legislation was passed which attempted to regulate these societies and eradicate any traces of secrecy. This book examines the structure, nature, and characteristics of Scottish Freemasonry in its wider British and European contexts between the years 1725 and 1810. The Enlightenment effectively crafted the modern mason and propelled Freemasonry into a new era marked by growing membership and the creation of the Grand Lodge of Scotland, with the institution becoming part of the contemporary fashion for associated activity.

Dr. Mark C. Wallace is an Associate Professor of History at Lyon College. He teaches British and Scottish history, including British Imperialism, British cultural, social, and intellectual history from the fifteenth century to the present, and the Scottish Enlightenment. A former Visiting Research Fellow at the Institute for Advanced Studies in the Humanities at the University of Edinburgh, he has written extensively on Scottish Freemasonry and eighteenth-century Scottish clubs and societies.