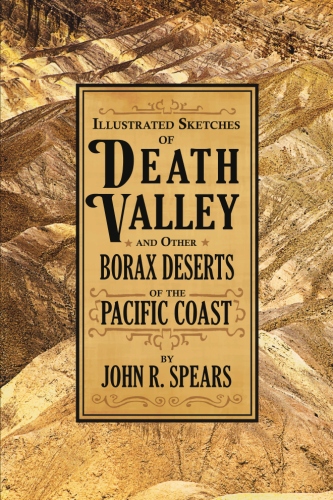 John R. Spears was born in 1850 in Van Wert, Ohio. Though an inveterate traveler, particularly out west, he ended up residing in Little Falls, New York. He wrote a great deal, particularly for the
New York Sun, and his books include The Port of Missing Ships and Other Stories of the Sea (1896), The Story of Nee England Whalers (1908), and The Story of the American Merchant Marine (1910). A great deal had been written about life in gold and silver mining camps, as well as the terrain surrounding them. However, Spears felt less attention had been paid to the desert, and wanted to depict the life in Death Valley, which he described as, “a gruesome story of a rugged  country…a story, too, of apparent paradoxes and of wonders.” Spears’ photographs offer a useful historical record of Death Valley, its people and animals, as they were in the 1890s.