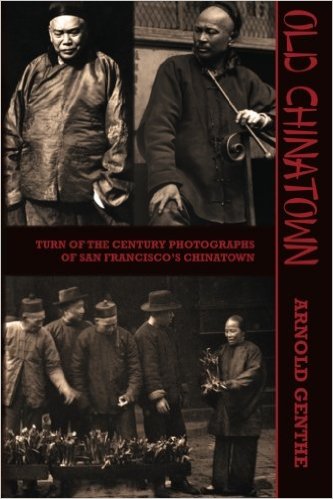 by Arnold Genthe and Will Irwin

This volume is one of a number of Westphalia titles significant in the story of the not always happy and often controversial Chinese contact with Western society. In the American case, despite appreciation by scholars for Chinese civilization, cries against Chinese immigration began in response to the development of the transcontinental railroad that saw the arrival of immigrants exploited as cheap labor. The first restrictive Act passed on May 6, 1882, and was the start of a series of increasingly more restrictive laws against Chinese, such as the Act to Prohibit the Coming of Chinese Persons into the United States, known more popularly as the Geary Act of May 1892. It wasn’t until the Immigration Act of October 1965 when the exclusionary practices were lifted, despite President Truman’s signing of the Act to Repeal the Chinese Exclusion Acts, to Establish Quotas and for Other Purposes in December of 1943.