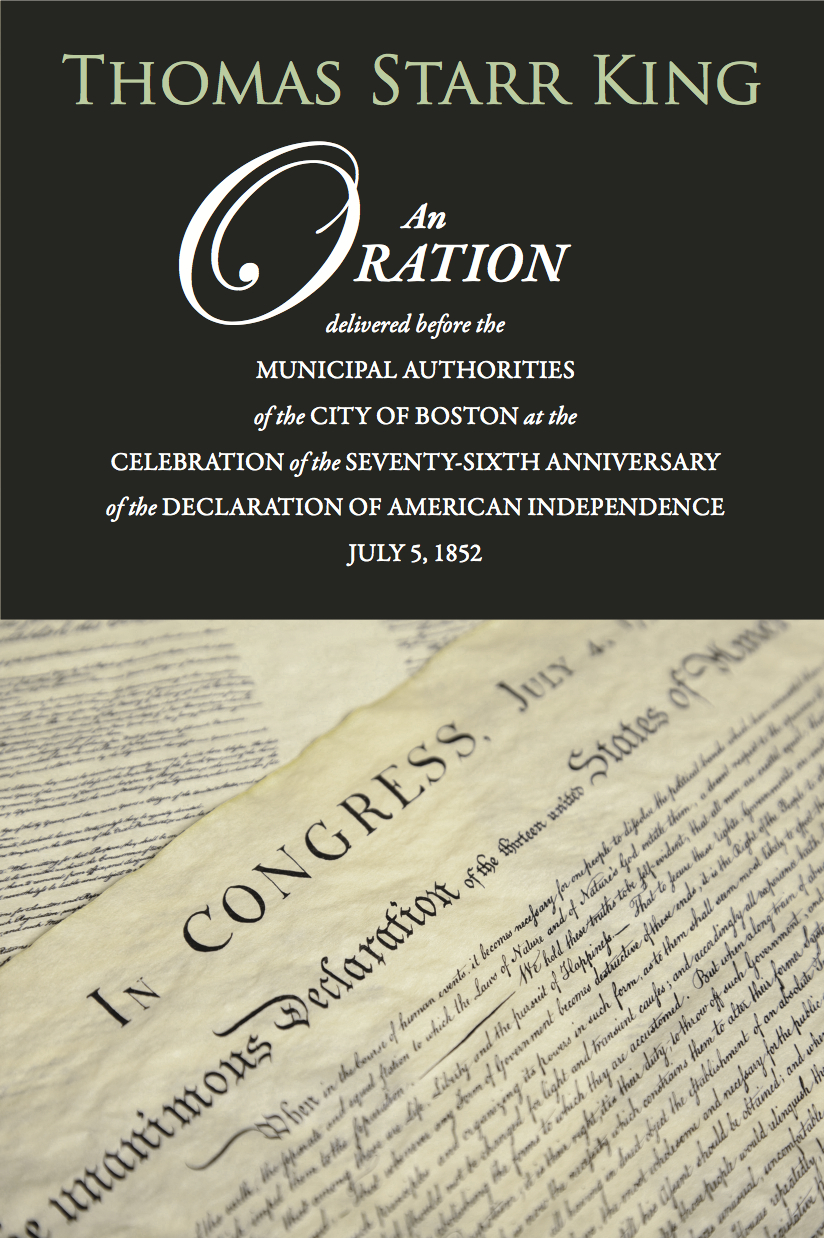 Thomas Starr King delivered this famous address while at the pinnacle of his career as minister of the Hollis Street Church in Boston. It was no small accomplishment in a city which, at the time, nurtured a host of famous orators. But King’s most singular contribution was to follow in 1860 when he accepted then pulpit of the Unitarian Church in San Francisco and proceeded to barnstorm the state

in support of the Union. Such acts earned from Lincoln the remark that he was “the orator who saved the nation.”

King is commemorated by two peaks named for him: Mount Starr King in New Hampshire’s White Mountains, and Mount Starr King in Yosemite National Park. Other honors include a school and park in San Francisco, a school in Los Angeles, and another school in Salem, Massachusetts. He is also recalled as being the major funds raiser for then United States Sanitary Commission, the precursor of the American Red Cross.

More than once King said, “True patriotism does not accept and glory in its country merely for what it is at present, and has been in the past, but for what it may be. We are living for the future. It doth not yet appear what we shall be.”