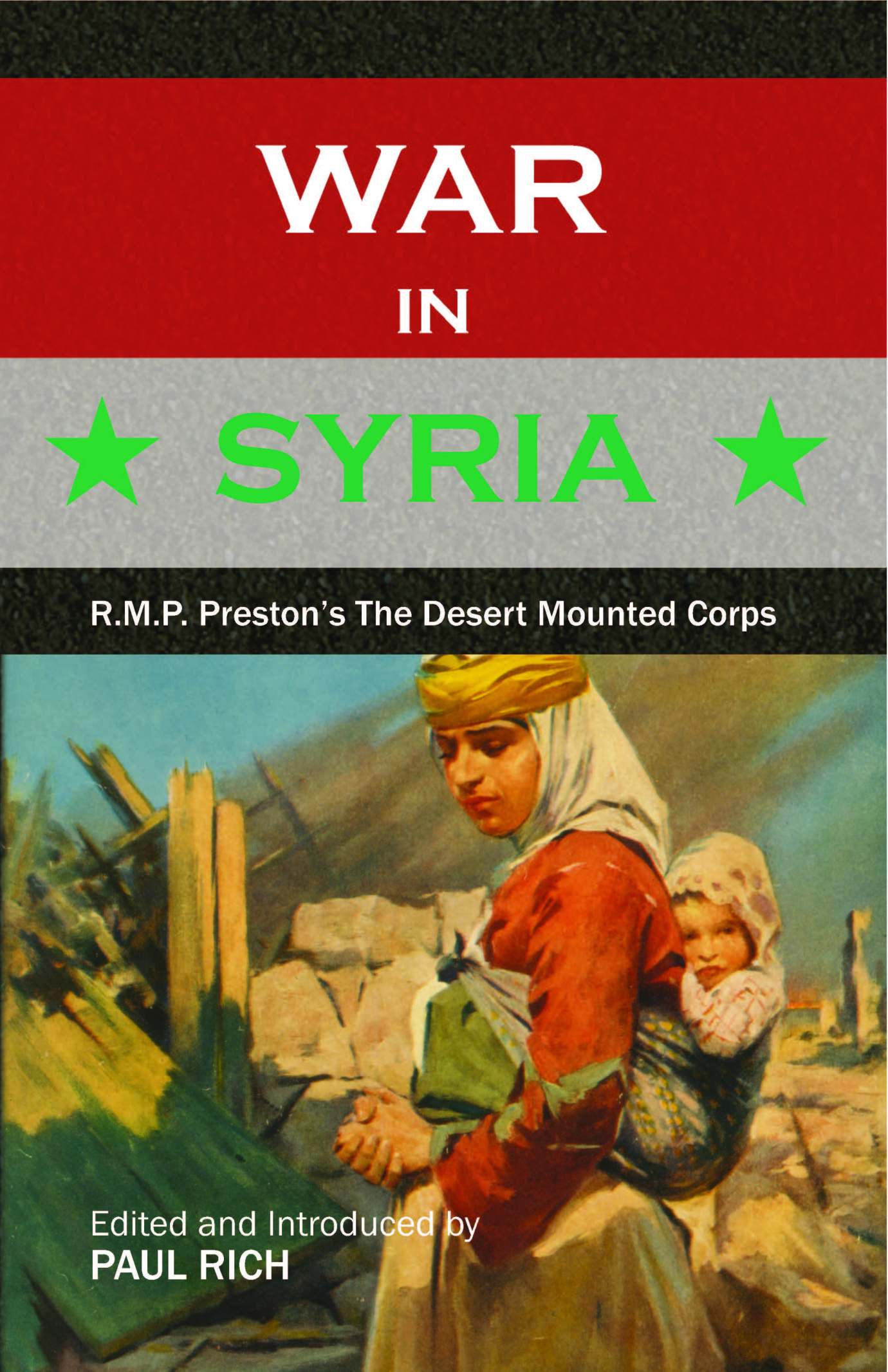 During World War I, some of the most daring military excursions were carried out in the Middle East by the Desert Mountain Corps during 1917 and 1918. The Corps included substantial numbers from Australia and other parts of the then British Empire. Much of their activity was in what is now Syria.  Given the later problems of the region and the current civil war in Syria, albeit today a Syria with different boundaries than then, the battles fought by the DMC have considerable interest.

The original printed volume of The Desert Mounted Corps contained two fold-out map inserts, which have been reproduced in miniature in this new edition. The links below lead to full size, full color scans of those inserts.