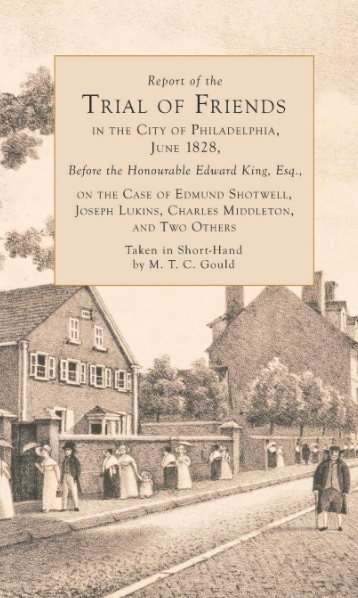 There were several Meetings in Philadelphia, and the trial detailed here arose out of a conflict between two local Friends groups and a burying ground. Part of a wall was removed, and a gate was erected, along with some temporary buildings. Besides the three Friends, Edmund Shotwell, Joseph Lukins, and Charles Middleton, two people performing the labor, Benjamin Beard and Morris Hopkins, were also taken into jail. This account of the trial sheds light on internal workings of Philadelphia Meetings, and how race and religion were treated through secular legal channels.

This new edition is dedicated to the librarians of the Friends Meeting in Washington D.C.