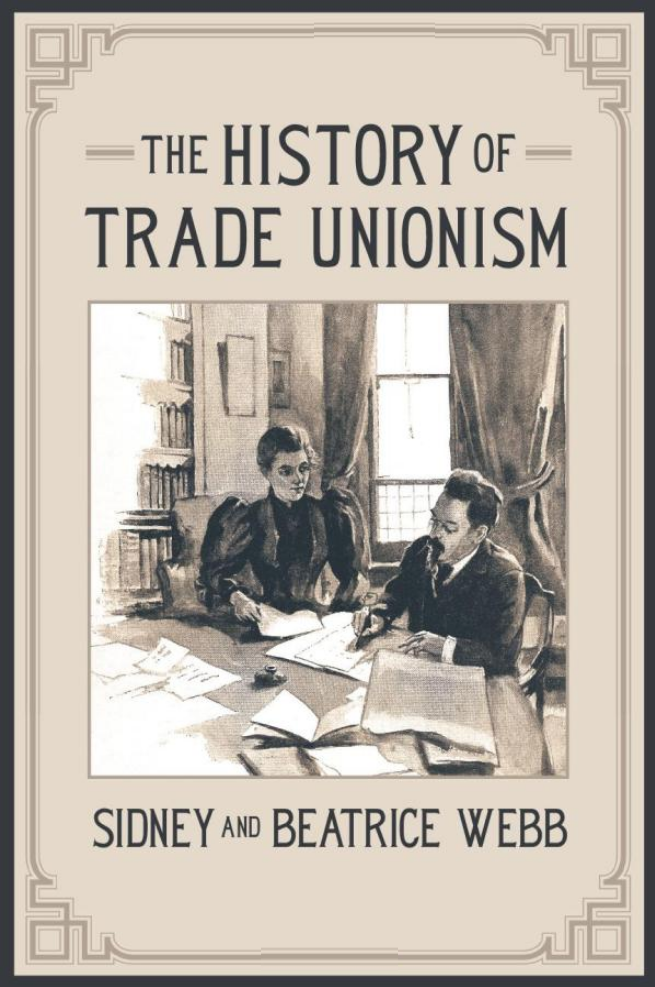 by Sidney and Beatrice Webb

Originally published in 1894, The History of Trade Unionism was written by Sidney and Beatrice Webb to offer insight on the history of the British trade union movement’s development prior to the 1900s. Beatrice and Sidney Webb were economists, sociologists, historians, and socialists. The Webbs were also founders of the London School of Economics, the Fabian Society, and founded New Statesman magazine in 1913. Beatrice wrote a great deal, including the influential book, The Cooperative Movement in Great Britain, published in 1891. She also did a lot of research and assisted with Life and Labour of the People of London (1902–1903), a 17-volume book by Charles Booth.

Archival holdings for this work are held in the Webb Collection at the London School of Economics.