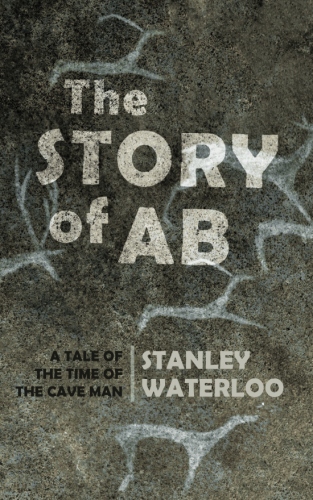 Stanley Waterloo was a writer of many types of media, both fiction and non-fiction, and of books, essays and newspaper articles. Born in 1846, he showed a great deal of promise. He was to attend West Point, but due to an injury, Waterloo did not. He instead went into journalism after law school did not work out for him. His career in the news was quite successful, as Waterloo worked at numerous news outlets in the midwest, including the St. Louis Chronicle, the Chicago Tribune, and the Missouri Republican. He briefly started his own paper, The Day, in St. Paul, but returned to Chicago.

Towards Waterloo’s middle age, he moved into writing literature. He became extremely successful, particularly in England, with his novel, A Man and A Woman, which was released in 1892. This particular work, The Story of Ab, follows that of a caveman living in the Stone Age. Waterloo released several more novels, until his last one, A Son of the Ages, was released posthumously in 1914. A year before its release, Waterloo died of pneumonia.

This new edition is dedicated to Timothy Knab, longtime student of cultures