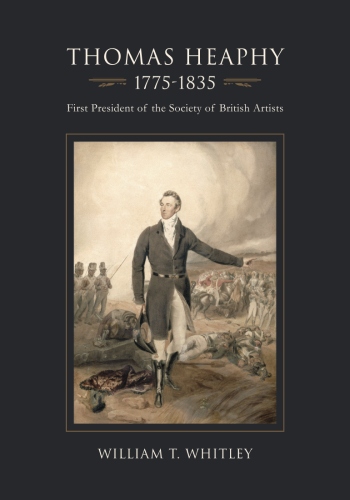 Thomas Heaphy was born in 1775 to a wealthy merchant, and as such, was able to freely pursue his interest in the arts. He studied at the art school in London run by John Boyne and then became an appreciated painter and water-colorist, being appointed portrait-painter to the Princess of Wales. He wass a co-founder of the Society of British Arts, but resigned shortly after developing the organization and spent his time painting between England and Italy. Heaphy traveled to Spain to visit the Duke of Wellington and did portraits of the officers serving with the Duke. In addition to painting, he was successful at land development, and built up the areas now known as Regent’s Park and St. John’s Wood in London. The Society of British Artists was developed by Heaphy, along with 27 other artists, as an alternative to the Royal Academy. It remains in existence today as The Royal Society of British Artists.