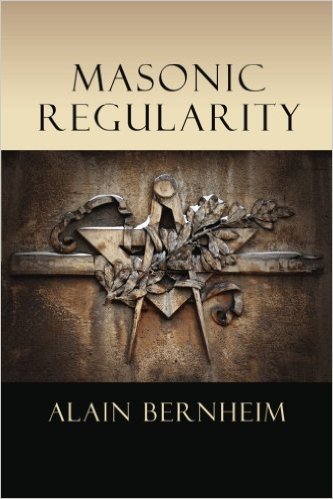 Alain Bernheim was born in Paris on May 23, 1931. At twelve he was interned in Drancy under Occupied France. After World War II was over, Bernheim studied at the National Music Conservatory of Paris, and became the first French Fulbright scholar sent to the United States, where he studied in Boston a

t the New England Conservatory of Music. He performed approximately 2,000 concerts and piano recitals until 1980. Bernheim was initiated in the Grand Orient of France in 1963, belongs to the Swiss Grand Lodge Alpina (Masonry Universal No. 40) and the Regular Grand Lodge of Belgium (PM Ars Macionica No. 30). In 2010 he was the first French elected active member of Quatuor Coronati Lodge No. 2076 (United Grand Lodge of England), which he demitted in 2014 while serving as Senior Warden. In addition he is a 33° of the of the Supreme Council of the United States (Southern Jurisdiction), Visiteur Général d’Honneur of the Grand Priory of Belgium, a member of the Royal Order of Scotland and a Membre d’Honneur of the Supreme Council of France. His Masonic scholarship has earned him twice the Norman Spencer Award from QC Lodge No. 2076, the Albert Gallatin Mackey Award for Lifetime Achievement from the Scottish Rite Research Society, the Caroubi Prize from the Supreme Council of France and the Golden Acacia Special Prize at the Masonic Book Fair in Paris (2014) for the whole of his work