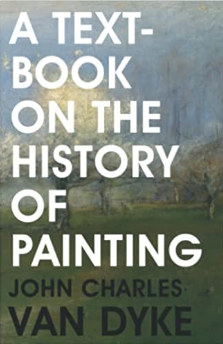 John Charles Van Dyke is primarily known for being an art critic and historian, but he had many interests, as he was also a nature writer and intrigued by the law. Van Dyke was admitted to the bar in New York in 1877, but instead he worked as a librarian from 1878 at the New Brunswick Theological Seminary. In 1891, he was appointed to the professor of art history.

Van Dyke was a prolific writer and penned numerous works, including, How to Judge a Picture (1888), Nature for its Own Sake (1898), and Studies in Pictures (1907), The Grand Canyon of the Colorado (1920). His autobiography was found in a New Jersey farmhouse and posthumously published in 1993.