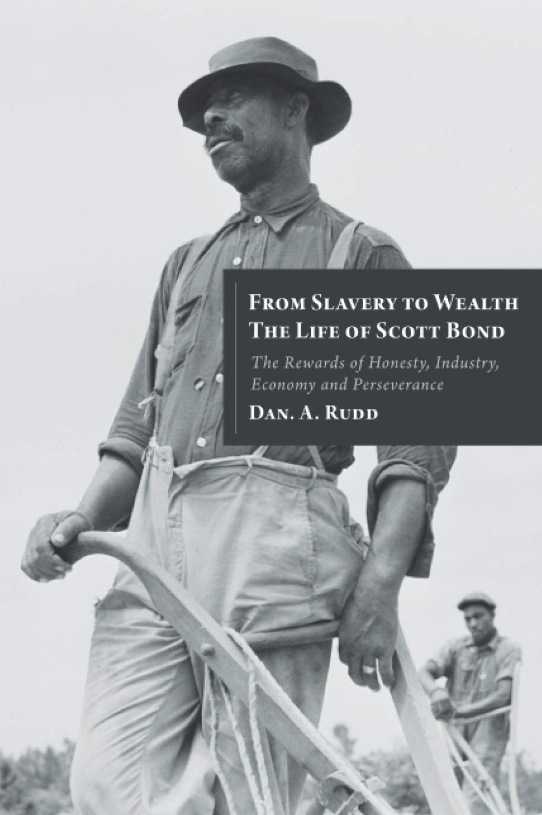 Scott Bond was born into slavery in Madison County, Mississippi. Due to the inhumanity of slavery, Bond’s exact birth year is not known, outside from being sometime in the early 1850s. Despite the intolerable cruelties Bond faced, he went on to become a high powered farmer and entrepreneur. He was extremely highly regarded both locally, and nationally for his skilled business acumen. He was selected to represent the National Negro Business League. Sadly, in 1933, Bond was killed by one of his bulls. At the time of his passing, he owned and farmed 12,000 acres, plus livestock, ran a large mercantile store, a gravel pit, lumber yard, saw mill and at least five cotton gins.

Biographer Daniel Arthur Rudd was a highly esteemed activist, author, founder of the Black Catholic Congress Movement, and editor and publisher of The American Catholic Tribune. He accomplished a great deal despite having been born into slavery in 1854 in Bardstown, Kentucky. By 1866, Rudd was emancipated and receiving an education while living in Springfield, Illinois. He worked as an accountant for Scott Bond. The book is co-authored with Theophilus Bond, who was Scott Bond’s second born son.