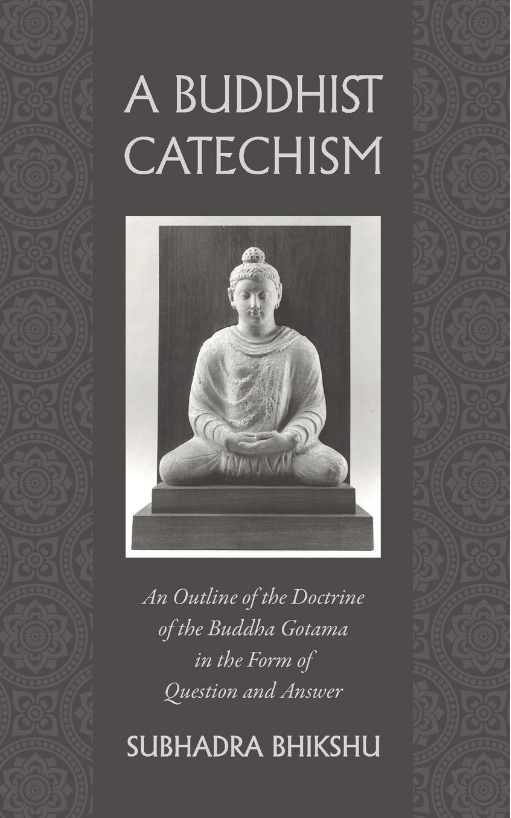 Subhadra Bhikshu, also known as Friedrich Albert Oswald Zimmermann, was born in 1852 in Degerlach. He was a journalist, a writer and a Buddhist. Bhikshu wrote this work to offer insight on Buddhism, aimed at primarily European audiences. As he wrote in the preface of Buddhism,
“a doctrine free from dogma and from formalism in entire harmony with Nature and her laws; the grandest truths, satisfying alike to mind and heart, expressed in simple terms, intelligible to the humblest capacity, yet of a significance so profound as not to be within easy sounding even by the philosophic and scientific European…”

This work was well received and translated into multiple languages, including English, German and French. On June 30, 1917 he passed away in Stuttgart.

This edition is dedicated to George Nguyen, keen and able supporter of Buddhist scholarship.