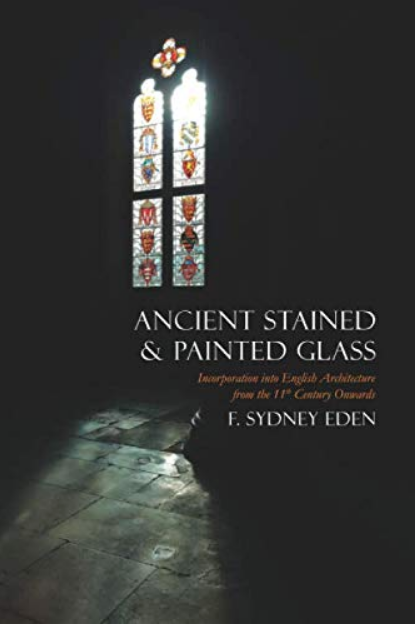 Frederick Sydney Eden (1859-1950) became well known for his significant writings on the subject of stained glass. Previously, he was a lawyer, but had gotten caught up in some fraud regarding an estate, which landed him in jail for six years. However, he covered up his past, and it largely remained secret until his passing.

Eden came to the field of stained glass during his mid-40s, while he was examining Essex churches between 1909-11. He then began volunteer work with the Royal Commission on the Historical Monuments of England (RCHME). His experience as a draughtsman and growing knowledge of stained glass had his colleagues encourage Eden to write a work on the subject. In 1913, he released this work, Ancient Stained and Painted Glass as a result.

This work helped launch Eden’s career in the field. He began researching churches in other parts of England, however, his work was interrupted by World War I when he worked for the Ministry of Munitions. After the war, his career truly blossomed. In 1922, he became an honorary fellow of the British Society of Master Glass Painters, and became known as a major authority on stained glass, well aware of its role in combination with other arts.

This edition is dedicated to Gwen Pier of the National Sculpture Society, sagacious observer of the arts scene and major force in its contributions to our environment.