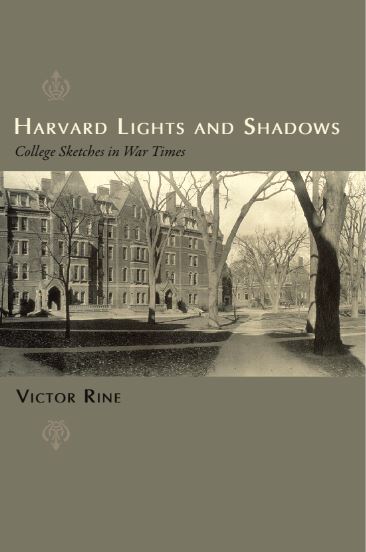 In this work, Victor Rine takes a comedic approach to life at Harvard during World War I. The war figures fairly distantly in the background, as Rine highlights his experiences at Harvard. Rine ruminates on the nature of conflict, peace, and one’s role in the world. He was very interested in the experiences of soldiers and wrote several works centered around war, including My Eloquent Corpse, Where are you running to, America?, Soldier! Soldier! The Citizen, The Patriot, and The War of Two Giant Ghosts.