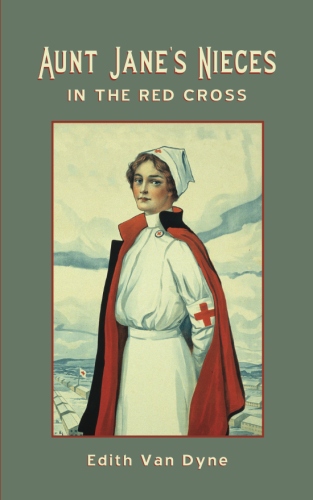 This work, although credited to Edith Van Dyne, was actually written by L. Frank Baum. Although his Wizard of Oz series is most well known, his ten book series of Aunt Jane’s Nieces was his second most popular series. In this book, two American girls go abroad to assist with medical efforts during World War I. Baum wanted to highlight the perils, and horrors, of war, in hopes for everlasting world peace.

Two versions of this book were released. The first was released in 1915 with a more neutral tone, but the second in 1918, during the midst of US involvement in WWI, was influenced by Baum having two of his sons fighting in the war. The second version was strongly for the Allies, and positioned the conflict as a moral one. The trajectory of the characters changes as well, and the story has a more positive ending.

This is a reprint of the original, with a few very minor imperfections in the text.