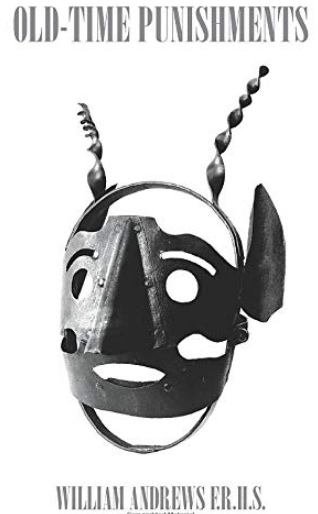 Originally published in 1890, this work sheds interesting commentary and illustration of various treatments and devices used to punish people convicted of a crime. However, as Andrews discusses, sometimes these trials were a sham, or simply through public opinion and not evidence. Many of these punishments were awful and could lead to death. Andrews details some, including whipping, the pillory, the stocks, the scold’s bridle, and various forms of tortured execution, such as pressing, and quartering.

Author William Andrews spent a great deal of time researching this topic. In 1881, he published a small booklet, “Punishments in the Olden Time.” It was so successful, he sold all four thousand copies. Surprised and emboldened, Andrews did more research, writing and published this work, Old-Time Punishments.